I came across this recipe a few months back, and made it for my peeps at work.  Everyone raved, so I figured it was a total remaker.  So last week, we were invited to an appetizer and game party night at a friends, and I quickly decided that these would fit the bill.  I'm sure that fresh berries would work in place of the frozen variety, when they are in season. 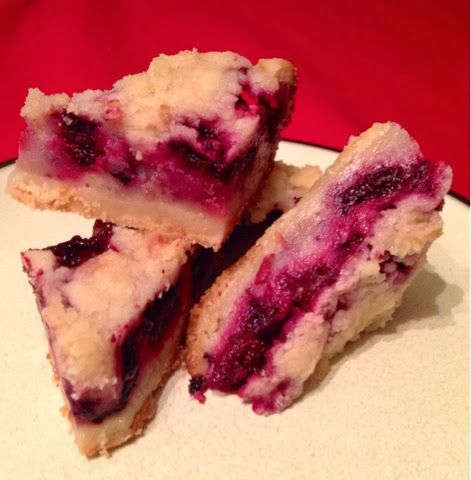 Blackberry Pie Bars
Ingredients
Crust and Topping
3 cups all-purpose flour
1½ cups sugar
¼ tsp salt
1½ cups (3 sticks) unsalted butter, chilled
Fruit Filling
4 large eggs
2 cups sugar
1 cup sour cream
¾ cup flour
pinch salt
zest of ½ lemon
1 tsp almond extract
2 (16-oz) packages frozen blackberries, thawed and drained
Directions:
To make the crust and topping, preheat the oven to 350 degrees.  Grease a 9x13 inch baking pan.
Combine the flour, sugar, and salt in the bowl of a food processor.  Pulse a few times to mix.  Cut the butter into 1/2-inch cubes, and add to the flour mixture.  Process until the butter is evenly distributed but the mixture is still crumbly, 30-60 seconds.
Reserve 1 1/2 cups of the mixture to use as the topping.  Press the remaining mixture into the bottom of the pan, and bake 12-15 minutes.  Cool for at least 10 minutes.
To make the filling, whisk the eggs in a large bowl, then add the sugar, sour cream, flour, salt, lemon zest, and almond extract.  Gently fold in the berries and spoon the mixture over the crust.  Sprinkle the remaining flour mixture evenly over the filling, and bake 45 to 55 minutes. 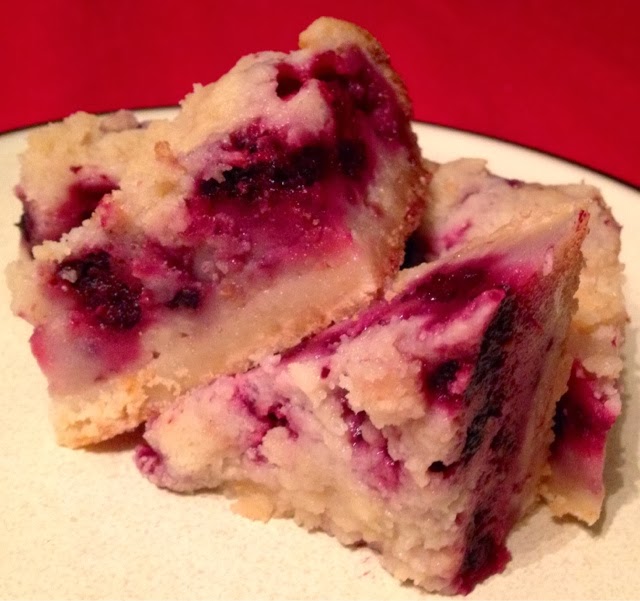