My husband, Craig, is known for finding some of the most unique things (but I’ll get back to this later).

Quite a few years ago we were introduced to CSAs (Community Supported Agriculture) and quickly became spoiled!!  A CSA project is a system that connects local producers/farmers with consumers (that’s me), allowing the consumers to subscribe to the harvest of a farm or group of farms.  Generally, you buy a share of that year’s crop, which then gets delivered on a regular schedule (usually once a week).  Some CSA’s even include farm events throughout the growing season. By attending these CSA farm events, Craig and I have expanded our knowledge of chickens, farming and canning as well as having the opportunity to try “new to us” produce items we would have not probably tried (Kohlrabi and  Broccoli Rabe, just to name a couple).

Now, back to Craig and his ability to find unique opportunities, He found a seafood CSA. What?  Mind blown!  Soon after signing up, we received a pound (plus) of fish every Tuesday. The fish we received was absolutely the freshest fish I’ve ever tasted, straight out of the waters of Juan de Fuca. Black Cod, Striped Salmon, Coho. I’m drooling just thinking about it.

Since moving to Portland, we’ve tried a few different CSA options.  We even tried an egg CSA. Nothing ever really seemed to fit our needs.

So that brings me to today (remember those unique abilities of Craig?).  He asked me if I was interested in signing up for a Pop up Dinner.  Okay, that peaked my curiosity.  OSU was offering a vegetarian dinner (for two).  I’m game, let’s do it! 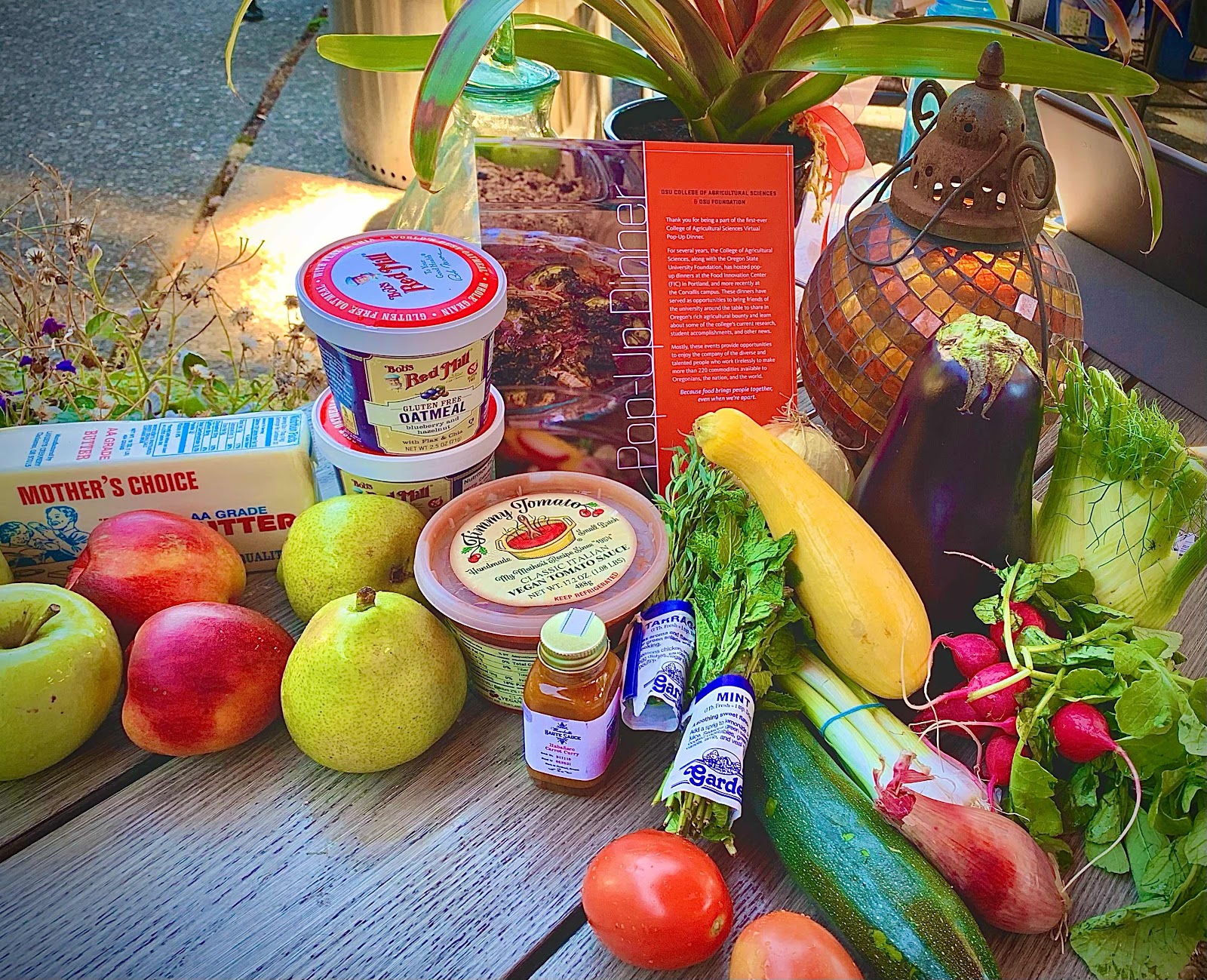 A bit of background information about me, in our house I plan every meal down to the pepper grains. Seriously.  And I don’t like to divert my meal plans either. I quickly catch myself from being offended if someone spontaneously invites us for dinner. I’m like, what the hell, now I have to shift the menu. With this new adventure, I shifted Taco Tuesday to accommodate our Pop up Dinner, as well as added some fresh salmon as a side (our neighbor had just returned home from fishing and offered us a HUGE salmon fillet). 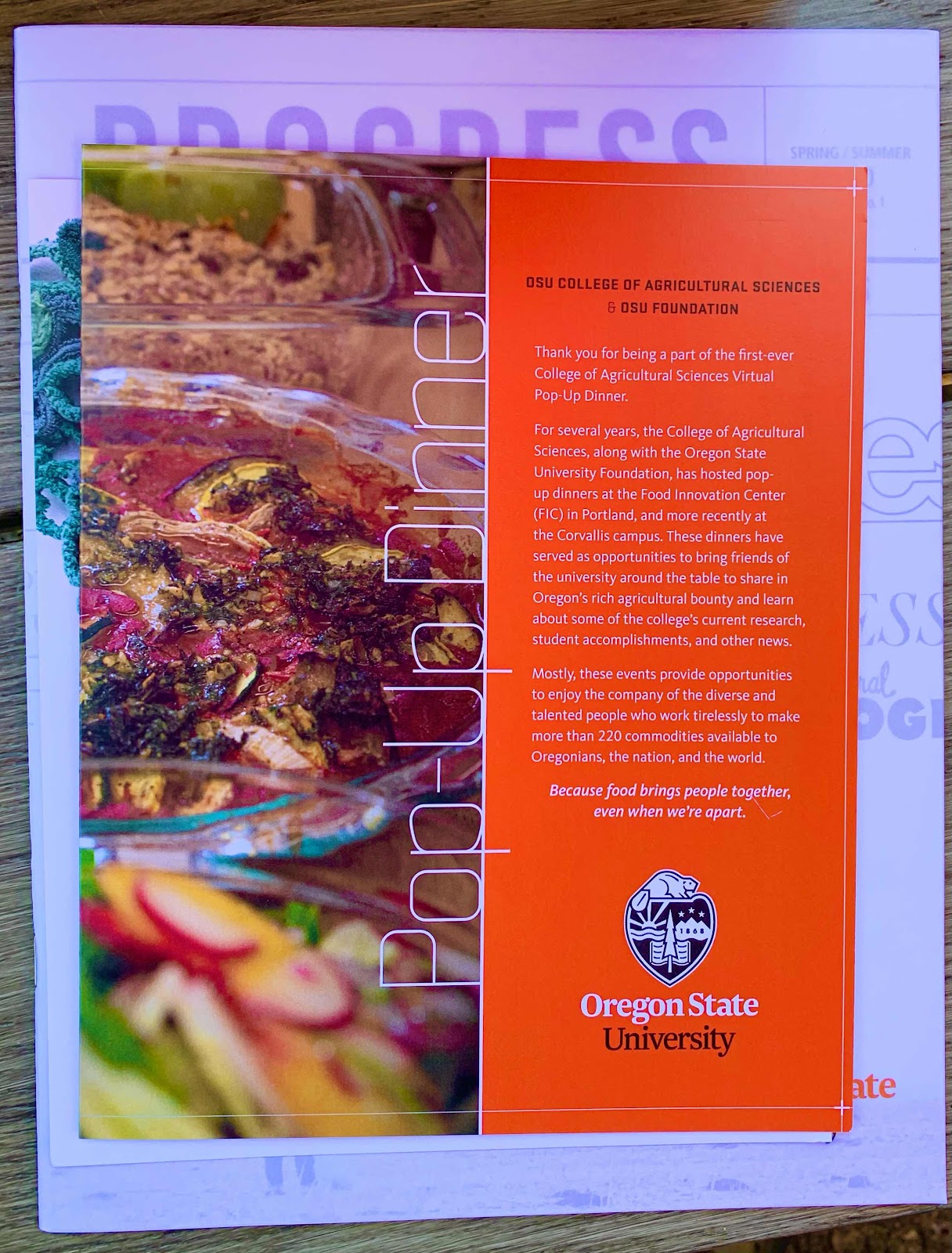 The OSU Pop up Dinner box included items to prepare Baked Ratatouille, Nectarine Radish Fennel Salad and Apple Pear Blueberry Crisp. All of these recipes are vegetarian and gluten free. 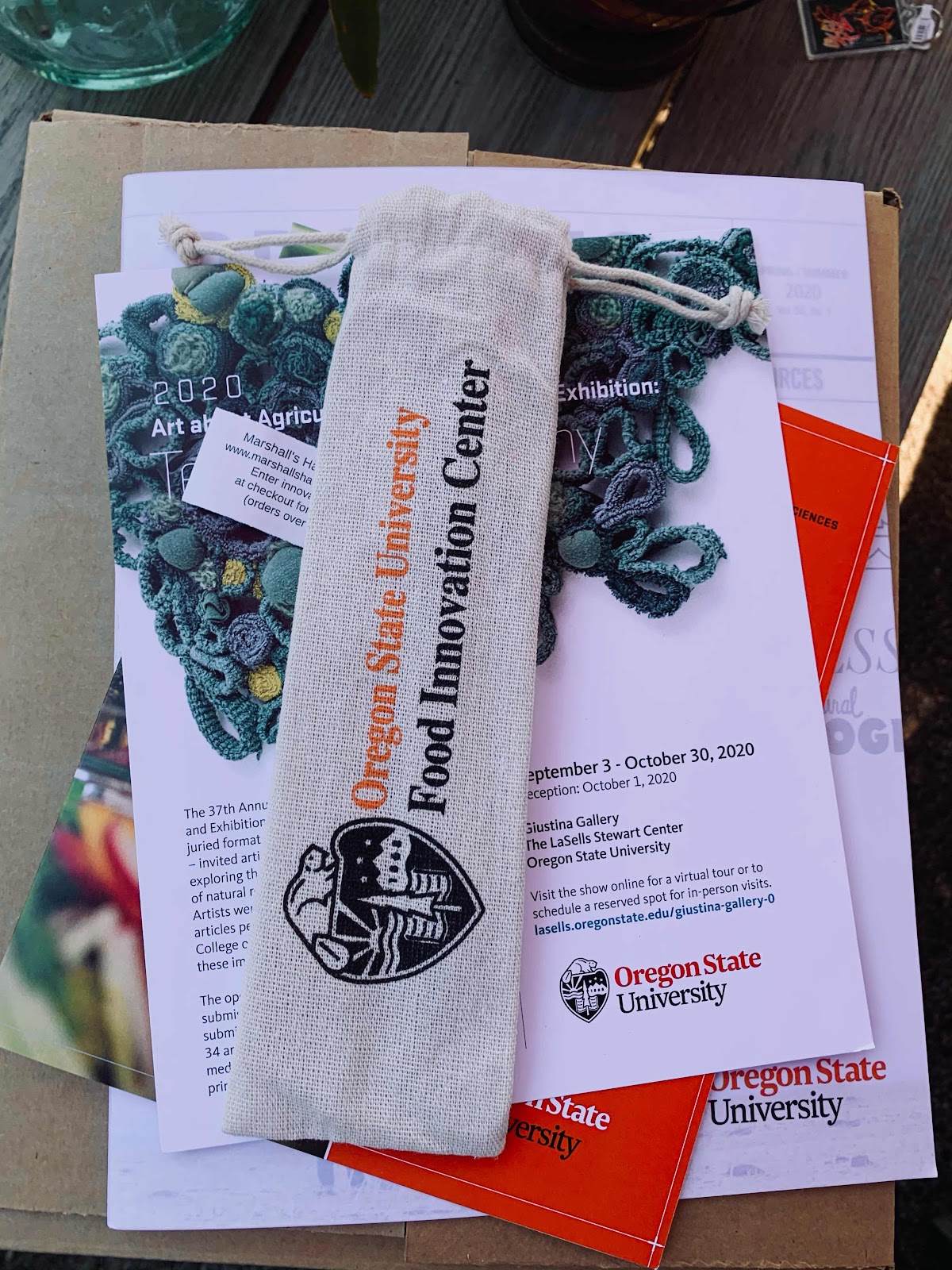 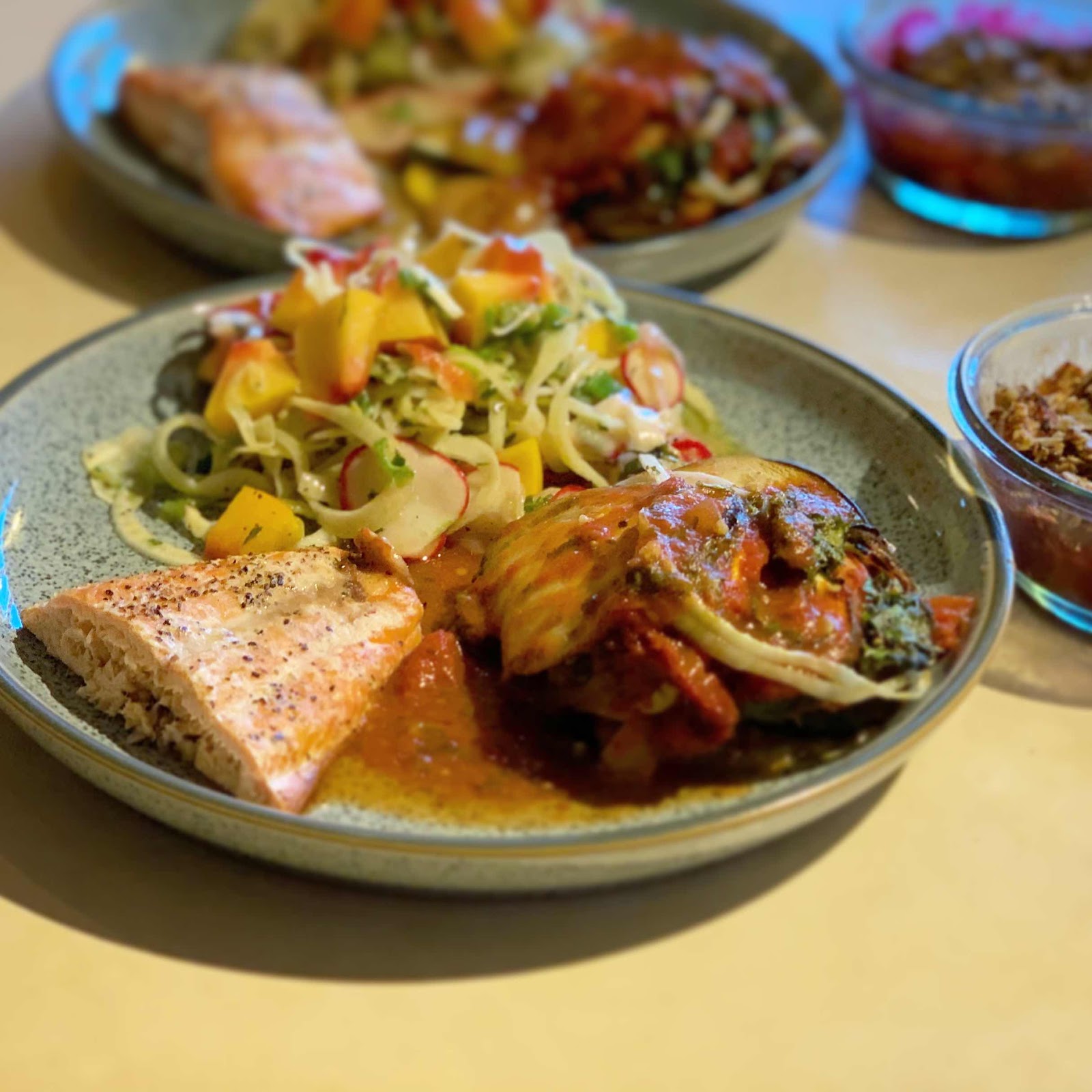 salt and pepper to taste

Mix herb topping together. Set aside.

Place the tomato sauce in the bottom of a 10 inch round pan.

Stack 1 slice each of eggplant, zucchini, tomato, yellow squash and onion. Repeat this step until all vegetables have been used, Then place vegetable stacks around the pan, on top of the tomato sauce.

Lightly salt and pepper. Top the vegetable stacks with the herb mixture.

In a medium bowl, combine all the vinaigrette ingredients.  Mix to blend.  Set aside.

Place all the sliced vegetables and fruit into the bowl and toss to coat, making sure to separate the radishes and shallots, so they don’t stick together.

In a separate bowl, mix together the oatmeal and butter until combined.

Bake for 35 minutes or until golden and bubbly. Let rest 10 minutes before serving. Top with fresh whipped cream or vanilla ice cream. 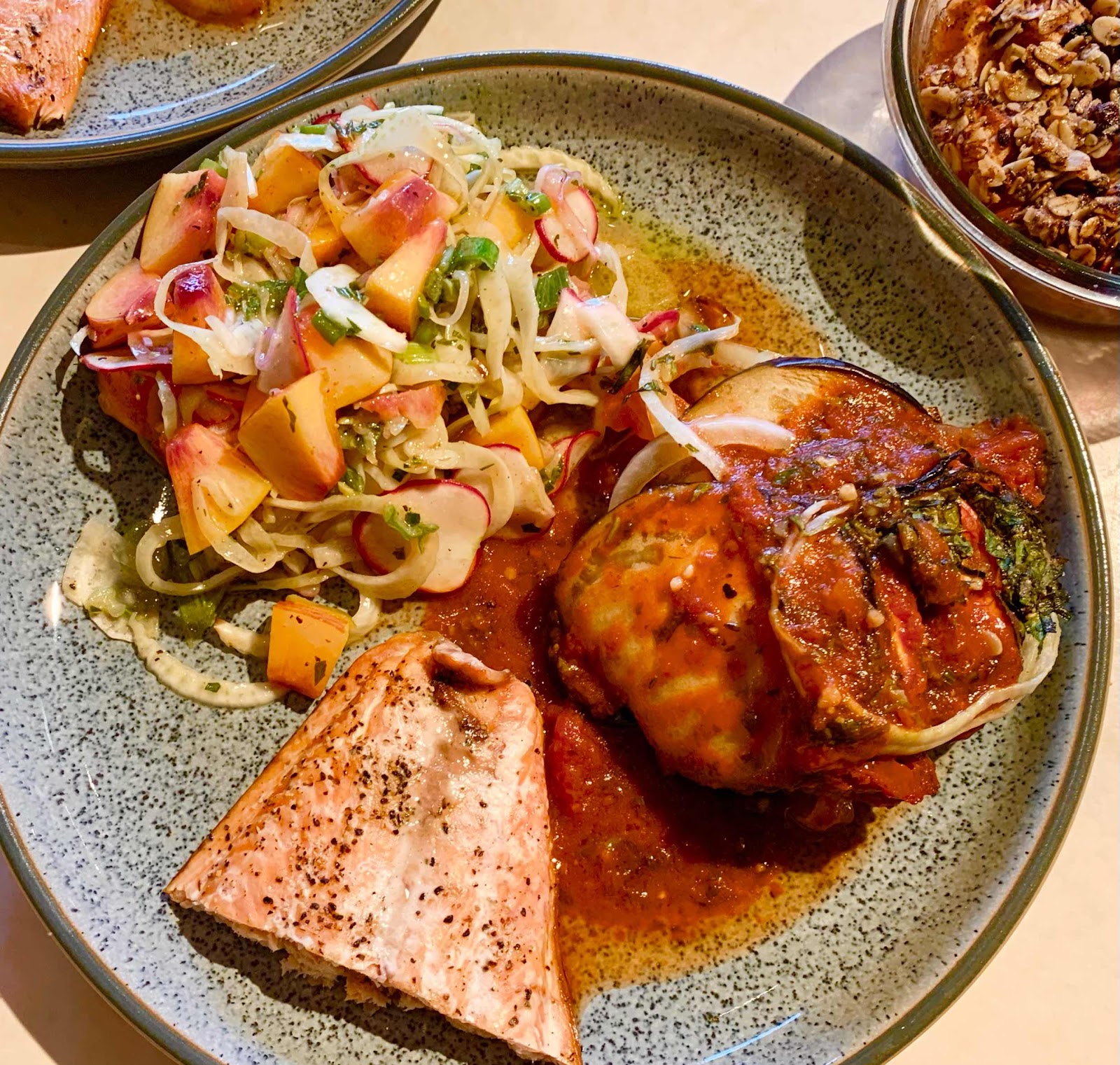